Peggle Wiki
Register
Don't have an account?
Sign In
Advertisement
in: Characters, A to Z, Masters, Peggle 2

Jeffrey is a Peggle Master introduced in Peggle 2.

He wears a beige shirt, brown shorts and a belt of ornamented shields. In his back, he carries a big heap of earth covered by high grass, where two light-yellow goats live.

Jeffrey's power turns the ball into a large rock bowling ball. Once it strikes its first peg, it will slowly begin falling downward, crushing all pegs below. 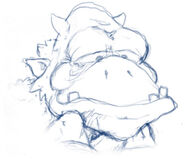 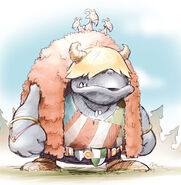