Peggle Wiki
Register
Don't have an account?
Sign In
Advertisement
in: Characters, A to Z, Masters,
and 2 more

Renfield is a Peggle Master. He is a member of the Peggle Institute, and the 6th character to be introduced in the series overall. He's always carried around by his valet Eyegor, a green Frankenstein-monster-like person.

Renfield has yellow eyes, orange rind and bright-green stem. He is often carried around by a green Frankenstein-monster-like person.

Renfield's unique ability makes the ball spookily reappear on the top of the screen after it drops below the Bucket line. 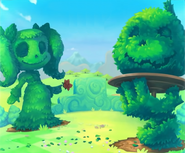 Bushes shaped in the form of Luna, Renfield and Eyegor's hand in Peggle 2 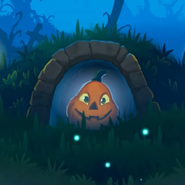